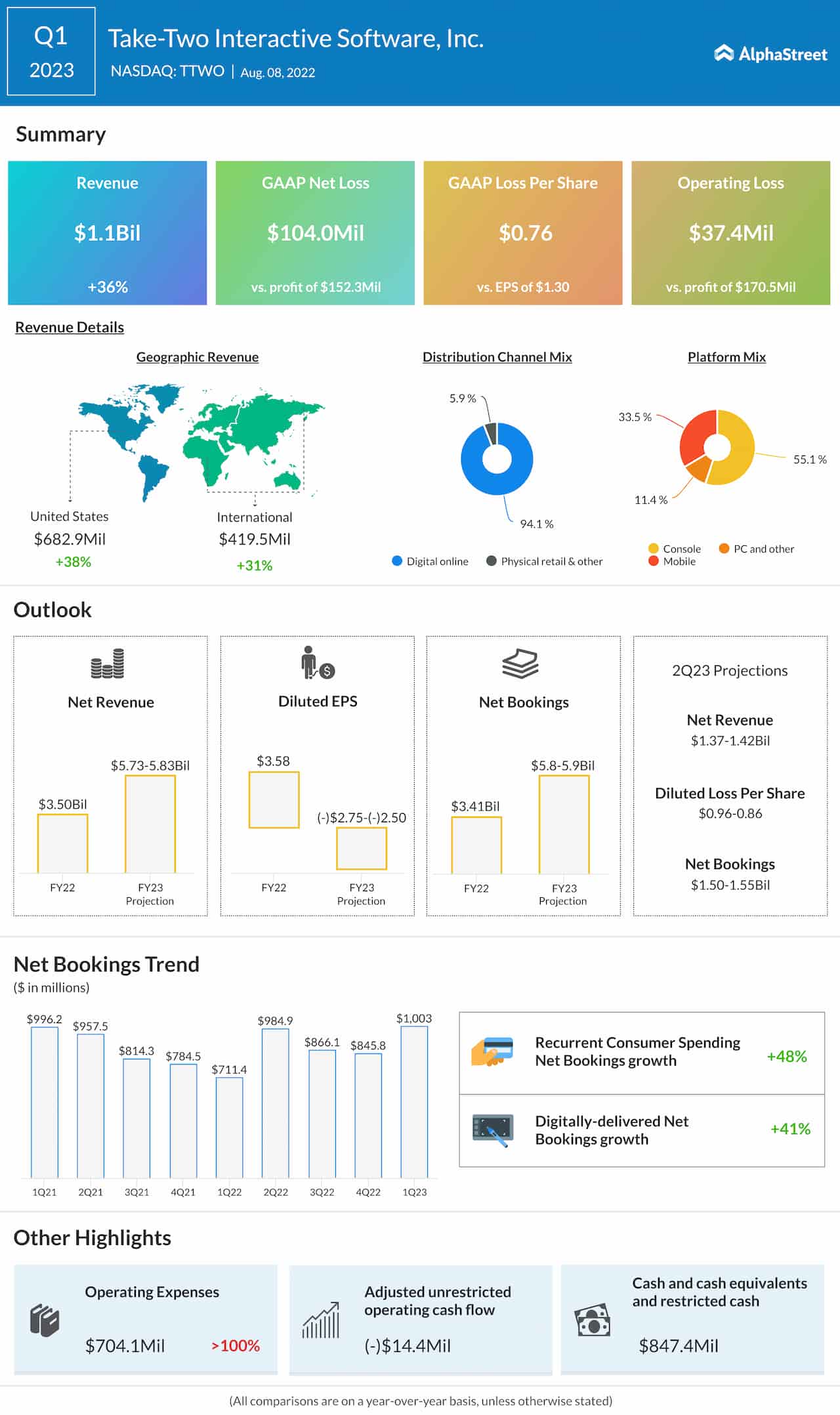 First-quarter revenues rose 36% annually to $1.1 billion from $813.3 million in the corresponding period of 2022 and came in slightly above analysts’ estimates. Net bookings moved up 41% annually to around $1 billion.

The company’s stock closed Monday’s regular trading lower and lost further during the extended session after the earnings announcement.

The post TTWO Earnings: Take-Two Interactive slips to a loss in Q1; revenue up 36% first appeared on AlphaStreet.