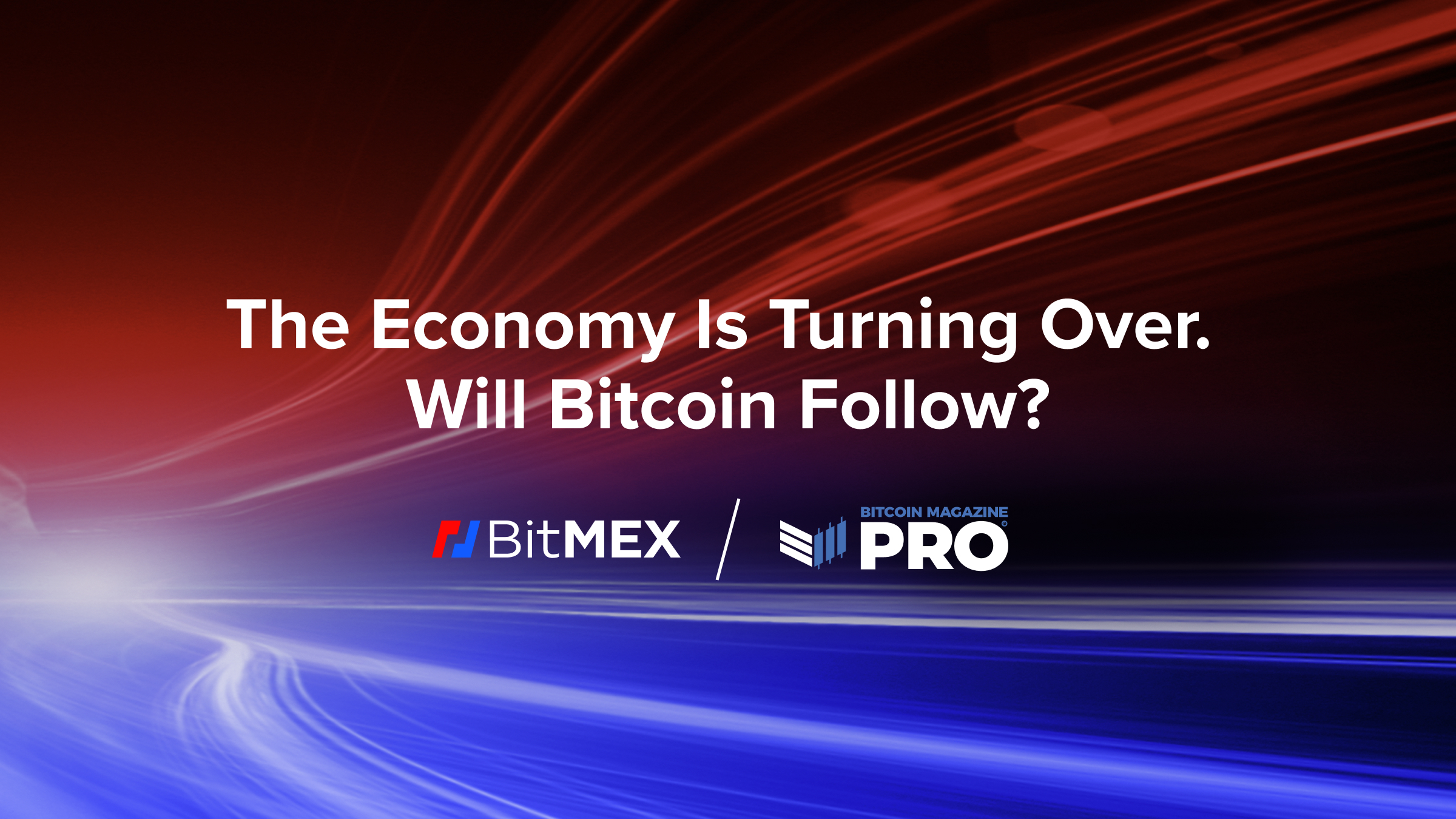 This article is part of our new series of crypto research content, produced by the Bitcoin Magazine team and sponsored by BitMEX. To learn more about our wide-ranging partnership with Bitcoin Magazine, click here.

In today’s issue, we’re highlighting some of the latest data on the U.S. Gross Domestic Product recession debate and economic cycles turning over.

If you haven’t yet signed up for a BitMEX account, you can do so here.

Whether the United States is technically in a recession or not, does it matter? We highlighted in a previous piece, U.S. Recession Territory And FTX Accumulation, that a recession is here but the definition is nuanced as deemed by the National Bureau of Economic Research (NBER).

Highlighted by Eric Basmajian of EPB Macro Research, major components of determining a recession include industrial production, nonfarm payrolls, real personal consumption and real income. The main takeaway is that all of this data is decelerating sharply and if it isn’t a “recession” today then it’s likely one rather soon.

The NBER uses 6 main indicators to determine a recession. (No, they don’t just use real GDP).

The major 4 are graphed below.

0/4 are showing negative growth for now.

A real recession will be when all four (or most) of these are negative.

That movie is coming soon

Downward revisions to GDP growth in the U.S. and globally relative to high consensus expectations has been a theme that Bitcoin Magazine has highlighted multiple times this year. U.S. GDP growth has been consistently below the long-term average of 3% average since 2007 and is well below its 2.4% five-year moving average trend this year. We’re likely headed into a period of much lower global growth and even the New York Federal Reserve Bank forecasts don’t have GDP growth returning to 2% by 2025. To add to the growth picture, It’s hard to find any major macroeconomic data that paints a bullish outlook right now. Most major indicators have fallen or continue to fall below historical trends. It’s the first signs of a reversal in most economic data that opens the door for a new bull cycle. One example of this is highlighted below by the Conference Board Leading Economic Index, which looks to have already peaked months ago. Bitcoin Magazine has previously highlighted the relationship of bitcoin and economic cycles looking at the ISM Manufacturing Index in Growth Deceleration and The Dollar Wrecking Ball. Although bitcoin has its own monetization cycle and demand, it has followed economic and business cycles like every other asset. The S&P Global Flash US Composite PMI for June already shows economic contraction unfolding and likely that the ISM index follows suit.

To give readers context of major ISM contractions, the 2009 cycle bottomed at 33.1 and 2001 bottomed at 40.8. It wasn’t until the reversal and an accelerating ISM that equities followed suit. Now it’s all a question of how far this economic cycle contracts. By no means do we mean to paint a doom and gloom picture for what’s to come or to strictly focus on larger macro trends. We are actively looking for research, data and objective analysis cases to suggest the opposite. But we haven’t found much convincing from the other side and for better or worse, bitcoin is currently tied to larger forces at play. Even the latest rally is not bitcoin or crypto industry-specific, it is strictly following the “all risk assets” path.

To be the first to know about our contracts, new listings, product launches, and giveaways, you can connect with us on Discord, Telegram, and Twitter. We encourage you to follow our blog and subscribe to the Bitcoin Magazine Pro newsletter.

In the meantime, if you have any questions please contact Support.