We use your sign-up to provide content in ways you’ve consented to and to improve our understanding of you. This may include adverts from us and 3rd parties based on our understanding. You can unsubscribe at any time. More info
The ex-Cabinet Minister and favourite among the Tory grassroots slammed the current “totally unrealistic approach” of trying to cut emissions. Lord Frost described wind power, which was invented in 1887, as a “medieval” technology, and said that climate change was just “one of the many” problems we face. His comments come as the UK is swept with another heatwave which research demonstrated had been made more intense, frequent and likely by climate change.
Last month’s record temperatures were reported as 10 times more likely as a result of global warming.
While Lord Frost did not deny the existence of any kind of climate change, in an essay for Policy Exchange the veteran Tory said the issue should be “tackled in a pragmatic way” rather than “up-ending the whole way our societies work”.
He wrote: “We are told to stop travelling, live local, eat less, stop eating meat, turn our lights out and generally to stop being a burden.”
Lord Frost instead called on the country to “master our environment” and focus on getting “more energy in a more carbon-efficient way”.
He wrote: “The effects of climate change are a problem, one of the many we face, and should be tackled in that pragmatic way rather than by asking us to up-end the whole way our societies work. 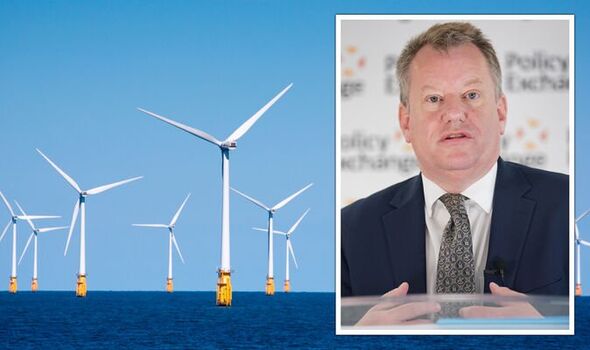 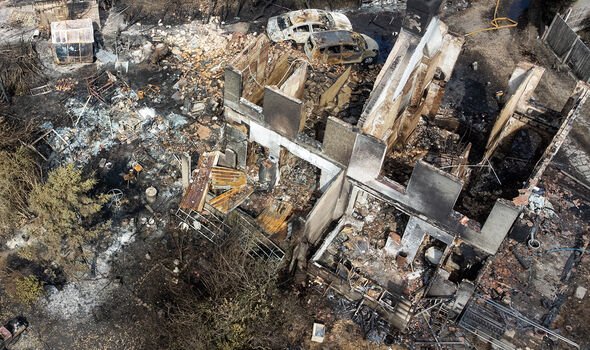 “Western society, and indeed world civilisation, depends on copious supplies of energy. Yet the prevailing mood is one in which individuals are asked to restrict their use of energy and in which unsatisfactory renewables technology is touted as the best solution to our problems.
“Instead of focusing on technological solutions that enable us to master our environment and get more energy in a more carbon-efficient way — nuclear, CCS, fracking, one day fusion – we have focused on managing demand so we can use medieval technology like wind power.”
Lord Frost went on to claim that “current evidence” did not support claims Britain is in a “climate emergency”.
The 40C heatwave which struck the UK last month was described by the government as a national emergency.
READ MORE: How to live longer: Climbing nighttime temperatures may prove deadly [REVEAL] 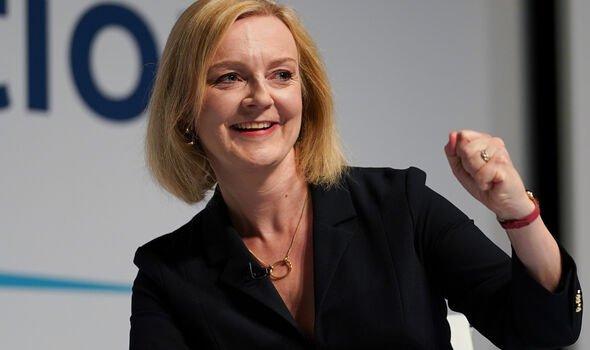 Environment experts at the Grantham Institute argued that halting global warming requires a “carbon budget” on the amount of CO2 human activities can emit. They warned that insufficient action on climate change would lead to progressively more severe heat waves that would affect billions of people, devastate coastal communities from rising sea levels and cause irreversible damage.
Dr Luke Kemp at the University of Cambridge’s Centre for the Study of Existential Risk emphasised that climate change represented an existential threat to humanity, giving the example of a cyclone destroying electrical infrastructure, “leaving a population vulnerable to an ensuing deadly heatwave.”
He added: “Climate change has played a role in the collapse or transformation of numerous previous societies and in each of the five mass extinction events in Earth’s history.”
DON’T MISS: Labour deputy Angela Rayner HECKLED by eco protesters [REVEAL]
Hosepipe warning: Ban could last MONTHS with no ‘meaningful rainfall’ [INSIGHT]
Nuclear horror: Timeline set for Russia to ‘launch strike’ [ANALYSIS] 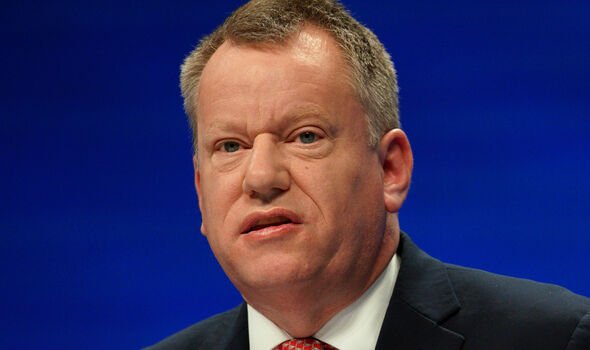 Professor Joanna Haigh, emeritus professor of atmospheric physics at Imperial College London, said: “The damage being caused by climate change is becoming more obvious and more extreme and to minimise future impacts on health and livelihoods we must urgently reduce our emissions of greenhouse gases.
“Robust scientific evidence shows that to avoid the worst effects means reaching net zero greenhouse gas emissions by 2050.”
A supporter of Liz Truss, Lord Frost is tipped to return to parliament as No10 chief if the foreign secretary wins the Conservative leadership race.
See today’s front and back pages, download the newspaper, order back issues and use the historic Daily Express newspaper archive.