We’ve updated the list below with some new announcements and removed the 2021 Switch games that have come and gone already. Loads to look forward to!

2020 is but a dim and distant memory (at least, we wish it was!) and it’s time to look to the future. We saw some fantastic games come to Switch last year — several of them released within a matter of weeks of their surprise announcement — but we also saw some big names slip into 2021, for understandable reasons.

E3 2021 is over, too, and we’ve seen some big reveals for what Nintendo has in store for Switch in the second half of the year. Below we’ve rounded up thirty(ish) of the biggest Switch games we’re looking forward to in 2021. In no particular order — although vaguely chronological — they run the gamut from AAA first-party offerings to promising looking indies, plus a few big names that have been waiting in the wings for a while and stand a chance of breaking free this year (fingers crossed!).

Who can say exactly what the rest of 2021 holds for Nintendo and the Switch? Well, the Switch OLED Model is launching alongside Metroid Dread on 8th October, and the schedule before and after is looking pretty tidy. We’ve had plenty of games in the first half of the year — titles like Scott Pilgrim vs. The World: The Game, Atelier Ryza 2: Lost Legends & the Secret Fairy, Super Mario 3D World + Bowser’s Fury, Bravely Default II, Monster Hunter Rise, New Pokémon Snap, Famicom Detective Club, Game Builder Garage, Mario Golf: Super Rush, Tony Hawk’s 1+2, Disgaea 6, Monster Hunter Stories 2 and Zelda: Skyward Sword HD *breathe* — and following announcements from the E3 2021 Nintendo Direct, there’s plenty more to look forward to throughout the rest of the year.

So, let’s take a look at our most anticipated Switch games of 2021!

Delayed from 17th November 2020 to ‘Early 2021’ — and now with a 20th July release date — Cris Tales is an indie RPG from Dreams Uncorporated that looks to pay homage to traditional JRPGs of old. The game’s been in development since 2014, so a little longer in the oven isn’t going to make much difference.

“A delayed game is eventually good, but a bad game is always a rotter, unless it’s patched up the wazoo.” Some famous developer said that, we’re sure. 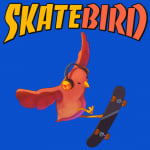 After featuring in December 2019’s Indie World Showcase with a projected release date of ‘late 2020’, SkateBIRD‘s developer Glass Bottom Games announced a delay before finally confirming the game’s release date: 12th August 2021. A Kickstarter success, it features a bunch of avian skateboarders pulling heelflips and grinding Tony Hawk-style around a host of skate park levels. What’s not to love about that? 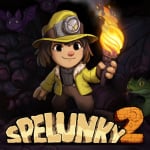 Classic roguelike platformer Spelunky is coming soon to Switch alongside its more recent sequel, Spelunky 2, and we cannot wait to finally get our hands on both the original and the 2020 follow-up. Switch is one heck of an indie game machine but for several years now it has been missing one of the breakout indie hits — finally having this pair on the console just feels right.

They’re lined up for an indeterminate Summer 2021 launch, so not long to wait now. A gorgeous-looking town-builder from indie developer Oskar Stålberg (of Bad North fame), we’ve been following the development of this game on Twitter for what feels like years now and can’t wait to finally get our hands on this relaxing and colourful town… scaper later in Summer 2021.

Yes, ‘scaper’, not ‘scraper’ or ‘scrapper’. Although you may be able to do both those things, too.

Obsidian’s Pillars of Eternity picked up the torch put down by Baldur’s Gate many moons ago, and both of those games are available to play on your favourite Nintendo hybrid handheld. Pillars Of Eternity II: Deadfire is coming soon and is set five years after the events of the previous game. It’s been available on PS4 and Xbox One since January 2020, although it had its own performance issues on these consoles. Hopefully the extra time taken with the Switch port will iron out any significant issues. This was expected to arrive in Early 2021, although it’s missed that window. We’ve got our fingers crossed that we’ll see it soon.